I’d like to spend some time providing some more details about this offering and why you should be considering Ansible Automation Platform on Azure.

Ansible Automation Platform on Azure (AAP on Azure) deploys from the Azure Marketplace as a managed application.  It deploys directly into your Azure Subscription, but Red Hat as the publisher of the application has access to a shared and secured managed resource group to support, maintain, and upgrade your deployment. More specifically, a dedicated Red Hat SRE team deals with all the ongoing management of AAP on Azure, while you focus on expanding your automation strategy within your organization across the hybrid cloud. 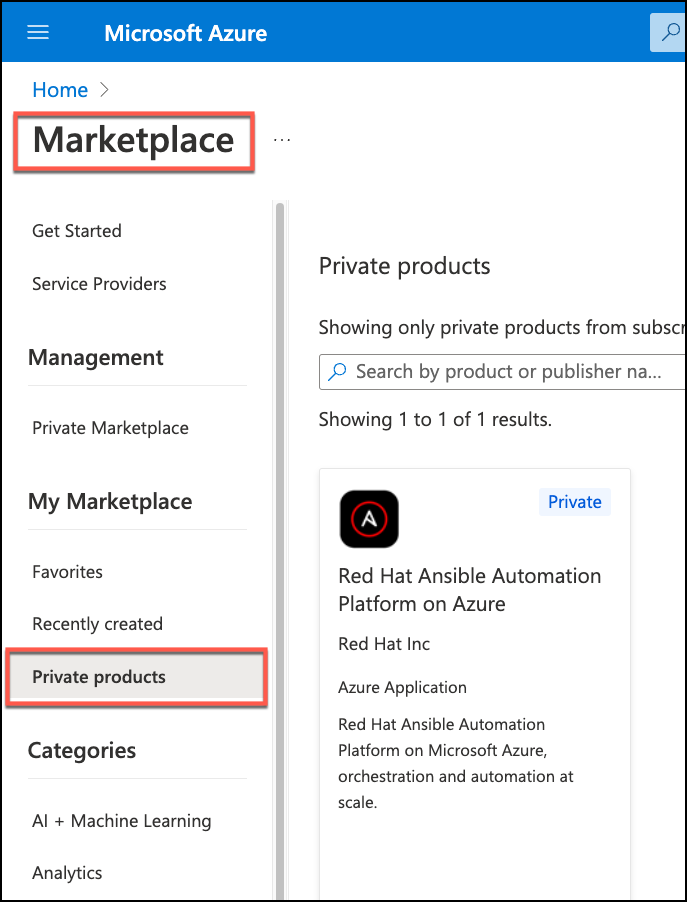 For many organizations using Azure today, there’s a huge benefit in taking advantage of AAP on Azure.  It runs in your Azure subscription.  It integrates seamlessly with many of the Azure services, including Azure billing.  Also, if you have a Microsoft Azure Consumption Commitment agreement (MACC), the AAP on Azure deployment costs will count towards your MACC, and will be reflected on your Azure bill.  Oh, and did I mention that Red Hat supports the deployment, and you can automate, automate, and automate some more!

Once you’ve deployed AAP on Azure, with a few simple configuration steps you can integrate into your Azure AD environment for Authentication. 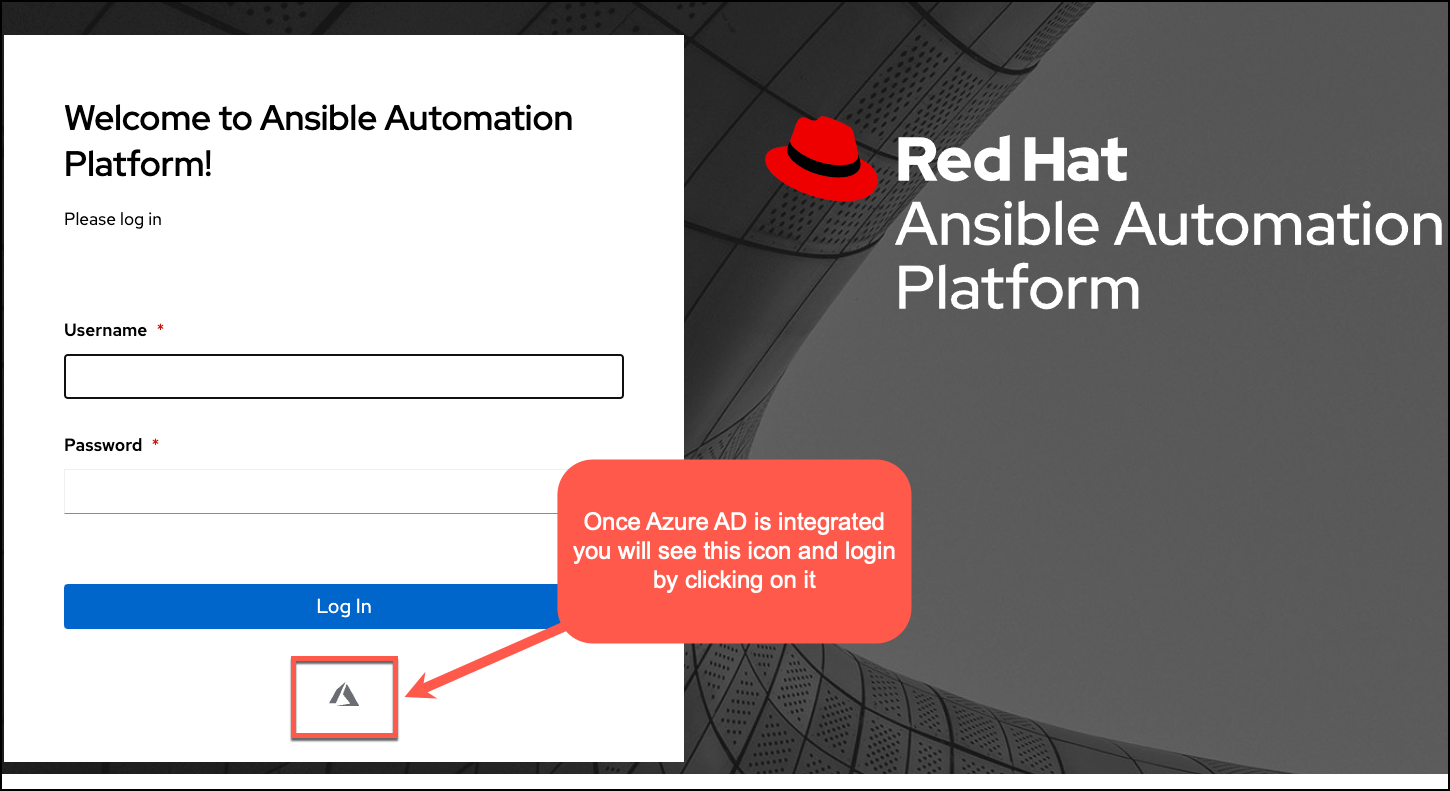 There’s some great automation content that we make available for you to leverage with examples to learn from if you’re new to AAP on Azure.

Here’s a Github repository that has automation content for automating many Azure resources, like Azure Load Balancers, Azure PostgreSQL, Azure Networking, Azure Security groups, and more.  Shortly, I’ll highlight some more as we discuss the Red Hat and Microsoft certified collection for Azure. 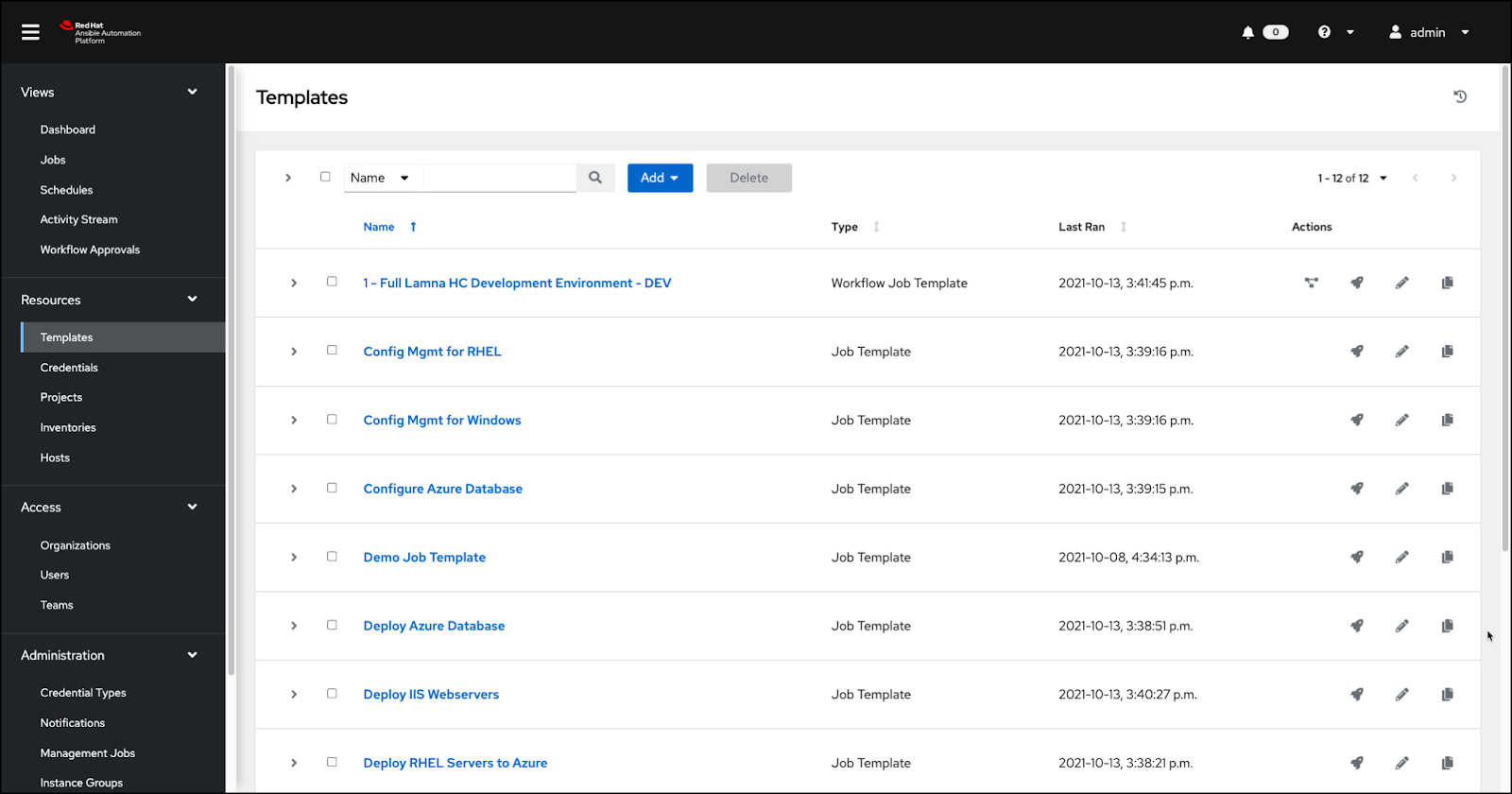 The Azure collection includes over 250 modules to interrogate, manage, and automate numerous Azure resource types.  From Azure AD, to networking, to DB, to AKS, to storage, to backup, to VMs, to security groups, to IAM… and so much more. 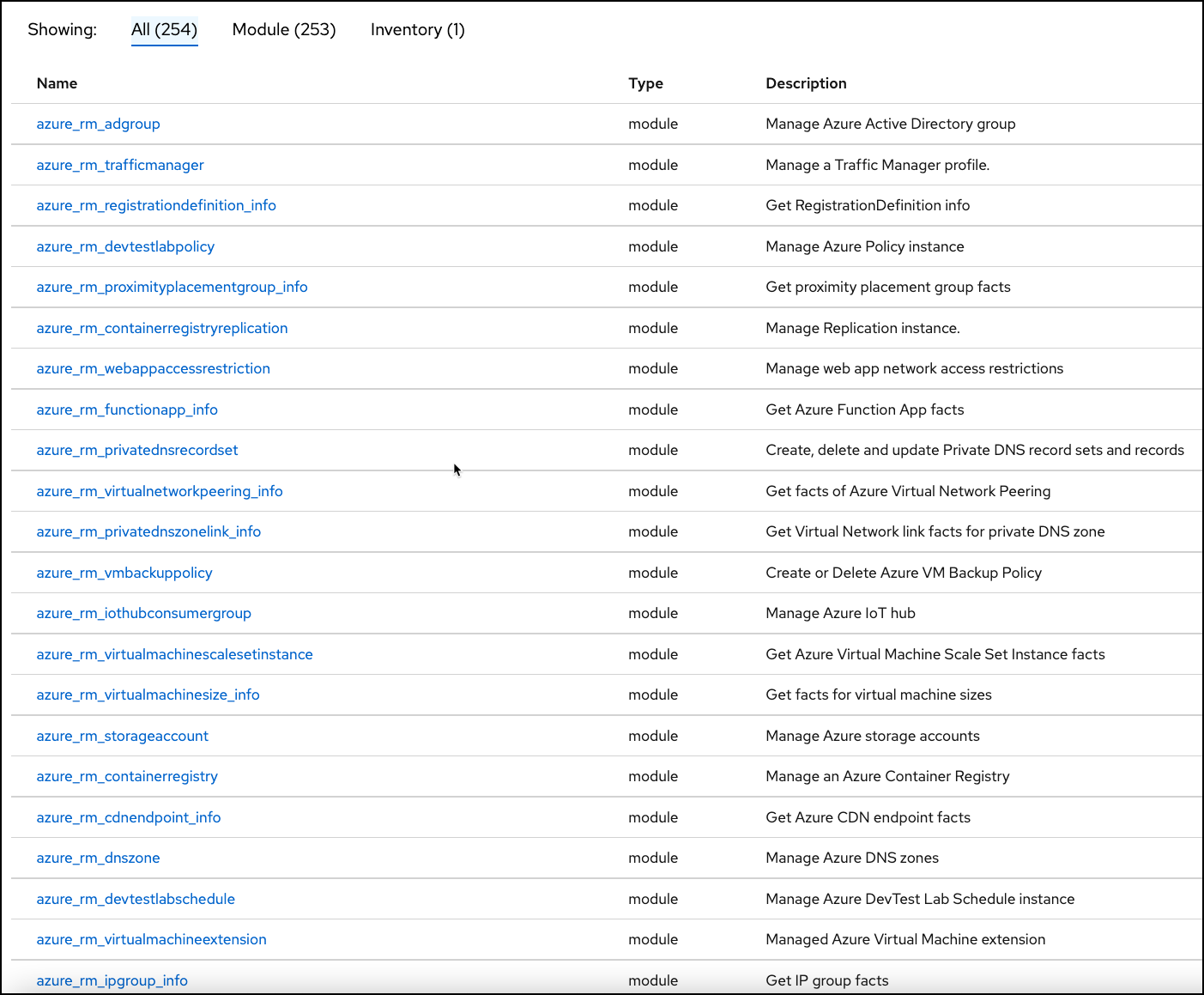 If you’d like to see the full list of modules you can check it out here on the Automation Hub.

Here’s an example of an AAP workflow template linking together many job templates to perform a larger automation task.  In this case, spinning up a full development environment for the DevOps team.

AAP on Azure includes an execution environment already tailored for Cloud Automation so you have everything you need to get started on Azure immediately .  Having said that, a question that often comes up is:  “If I’m using AAP on Azure, does that mean I can only perform automation against Azure resources?”  The great thing about AAP in general is that it doesn’t matter where you are running it from (in this case AAP on Azure), you are able to automate Public cloud, Private cloud, physical and virtual environments, and edge resources.  Obviously, one of the requirements here is having proper networking connectivity to other environments.   Deploy AAP on Azure, and automate anywhere!

Often, when people think about the Ansible Automation Platform they think ‘Configuration Management’.  However, configuration management is just one of the many use cases that AAP can accomplish.   So many organizations today take advantage of AAP to automate Network and Security use cases, integrate into IT Service Management (ITSM) solutions like ServiceNow, Linux automation, Windows automation, and monitoring and analytics solutions.

Additionally, with the aggressive push to application modernization, many organizations use AAP to integrate into their DevOps CI/CD pipelines.  Are you using Azure DevOps, Jenkins, or other CI/CD tools? Cool, have your pipelines at any phase kick off AAP automation jobs!

The automation use cases are endless, and there’s so many efficiencies and savings to be gained by leveraging Ansible Automation Platform, not to mention the reduction in human errors, and the increased cross-silo collaboration.

What can I do next?